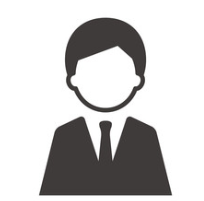 After interviewing three other attorneys, I retained Mr. Tomimasu to handle the breach of my employment contract against my employer that was a large Japanese company in the industry that I was employed. My employer elected not to engage in any pre-litigation settlement negotiations. My employer had a large ego that caused it to believe it could do anything it wanted without any repercussions. Thus, Mr. Tomimasu had to file a lawsuit on my behalf. As a non-Japanese citizen such a lawsuit was not going to be easy to have a successful outcome. My employer knew that and thus believe it could just continue to delay and be dilatory in its actions figuring that Mr. Tomimasu would give up. Mr. Tomimasu did not.

My employer made the entire process very difficult. Mr. Tomimasu diligently worked on the necessary responses. Each response was a challenge because of the industry that I worked in and the necessary additional learning that was needed on the part of Mr. Tomimasu to respond correctly to the dubious accusations my employer made against me. My employer clearly had the initial advantage because it had the knowledge of my industry and people willing to distort the truth. As the time past, Mr. Tomimasu was able to demonstrate the inconsistencies in these distortions. In the end, the Court stepped in and forced my employer to the settlement table. With that act, Mr. Tomimasu was quickly able to justify a successful settlement to the Court and the Court forced my employer to capitulate to that settlement. 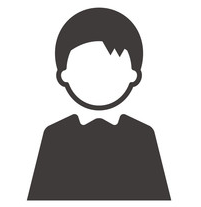 Legal problems are never pleasant, and negotiating them in a different culture and language can be distressing. However, Mr Shiki Tomimasu was able to successfully translate the complexities of a difficult case through barriers legal and technical, as well as linguistic and cultural. His services were recommended to me by internationally renowned legal professors, and indeed he proved himself more than worthy of this recommendation. Mr Tomimasu has excellent strategic and legal mind, but with the added bonus of being an excellent distiller and communicator of information, and I highly recommend his services.

Dear Tomimasu-san
First of all I’d like to appologize for the lateness of this letter. Things have been rather crazy recently.
I’d like to take a moment to thank you for all your help.
You were no only a great legal representative, but also great support for me in a time when i was very confused and panicked. Without your help I’m sure I would never have gotten through the ordeal.

I am of course very pleased with the outcome and very grateful for your hard work. I’m not sure of the correct Japanese etiquette for this situation, but please accept my deepest gratitude for all you have done for me.
I hope i wont be needing a lawyer again soon, but if i do i will most certainly contact you.
I will also recommend that any of my friends contact you should they need legal help. 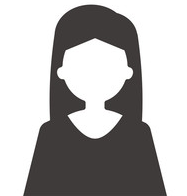 We could not have asked for a better lawyer than Tomimasu-san. He was perfect for our case in many ways- his English is excellent, he is very tech savvy, and coincidentally he is a graduate of Stanford University where I myself and my brother who was incarcerated both went for school. We had access to Tomimasu-san at all hours- via Skype, email, and even coordinated a lot asynchronously via Google Docs. Tomimasu-san visited my brother every two days and delivered notes back and forth between friends back home and him, which was essential in keeping his spirits up during two difficult and lonely months in jail. Thanks to Tomimasu-san, we got Jordy out of jail without any criminal charges! He’s even able to visit Japan again which is pretty incredible. Tomimasu-san handled and negotiated the settlements with the victims, and we were able to get my brother out as quickly as possible. He handled the delicate and emotional situation with grace and diplomacy, despite the often frantic pace, the seemingly never ending to do list, and the trying dynamics of our family. He got to know many of our friends, as well as our family, and I felt that we actually became quite close through this whole difficult endeavor. I could not be more pleased with Tomimasu-san’s help for our case, and would highly recommend him to anyone, especially those who need someone with excellent English language skills. Arigatou, Tomimasu-san. Deep bow of respect and gratitude.

Tomimasu-san was a lifesaver for us.  Our friend had gotten into trouble in Japan and we were in America with no understanding of the system or the severity of charges against him.  We were referred to him by two different friends and were amazed when he met with us the first night we talked.  He was incredibly diligent and committed, visiting our friend every two days despite the distance.  He got an important doctor to visit within 72 hours and made us confident that we had someone on our side.  As the case unfolded over weeks, he always was present with our friend, communicative with the family, reasonable with costs and quite patient and thoughtful with everyone involved.  When we settled with 3rd parties, he did so for the minimum amount.  Overall, his performance was life-changing for our friend in trouble and saved us so much worry, cost and jail time that we are forever in his debt.  I give Tomimasu-san my highest recommendation.